The seed of what is known as Assalatur-Rahman Islamic Association (ARIA) U.K today was sown at the first night vigil congregation of few brothers and sisters to share their common commitment to the Islamic faith in 1988. At the outset, members hosted the gathering on rotational basis, holding night vigils on Fridays until the wee hours of Saturday. The essential aspect of the gathering was to supplicate with the Holy Quran, glorifying Allah and invoking blessings on holy Prophet Mohammad (SAW); entrusting their collective and individual affairs to Allah (SWT). Thereafter, general matters regarding the welfare and needs of members were discussed.

What inspire the pioneer members at inception was the promotion of Islamic brotherhood and solidarity aimed at providing spiritual, moral and financial support for the weak, needy and the maligned against enfolding hostility from the host community and its institutions. Until then, similar respite was lacking within the immigrant Muslim community, paradoxically; providers of such relief used their services to lure our kits and kin into other faiths. Within a short time, words got around and the gathering became a regular event where spiritual and other problems were solved. As membership grew, individual homes were not big enough to accommodate the congregation. Consequently, the group sought and obtain permission from the management of Muslim Association of Nigeria (MAN), Old kent road, London to use their premises for our weekly supplication in the spring of 1994. About the same time, the group commenced daytime supplications on Sundays for ease of access to members and for other reasons, while night vigils were being held on last Fridays of each month (Bushira night).

The Association was successfully registered with the charities commission of England and Wales as an Islamic charity in 1996 (Registration number 1055767).

We purchased our first property (141 Ormside street, London SE15 1TF) in the year 2000 with the support of our members and later purchased our current Masjid (5-9 Record Street, London SE15 1TL) in the year 2006, worth over £1.5m; we have spent time and money to refurbish it from its warehouse to a befitting Masjid and community centre. Ever since then, we have invested a lot to refurbish it and bring it up to the standard of a befitting worship premises of the Association. We applied and obtain planning permission from the London Borough of Southwark to convert its use from its original position as a British Arts Council warehouse to its current status as a place of worship and community centre.

Within the Association, sub groups were established, such as the youth wing, football club, elders’ council and other sub groupings for smooth administration and social cohesion. It is a place where anyone blends in with ease and relate with each other without prejudice. Currently our membership strength is almost 4,000 and still growing. We are the largest Islamic Association from the West African sub-continent community in the United Kingdom.

The Association has been expanding to other parts of the United Kingdom and Nigeria, with branches spreading all over. Over the past two decades; in attendance at our weekly congregation were (non-exhaustive list), former and present (2015) head of state, former ministers, paramount Monarchs, former and present (2015) Vice chancellors, Emeritus Professors, Retired senior Judges, Incumbent and Ex Governors, Senators, Renowned Politicians, MPs, Mayors and Councillors from the U.K, Business Moguls and Entrepreneur, Famous Actors and Actresses etc. Indeed we are the (Jammu ‘Hu Ratibi) “Cathedral” of the Islamic community from Sub Saharan African in the U.K.

We share our moments of joy, felicity and achievements together and we are also in the forefront of standing by the individual during moments of sadness, loss and bereavement. We have embraced the words of the Rosulullahi (SAW) that says “None of you is a Muslim till he/she wants for his brother/sister what he/she wants for himself/herself”. (Bukhari and Muslim).

The phenomenal display of love, joy, respect, peace, goodness, charity towards each other is supreme. Genuine care and regard for the frail, elderly, physically challenged, traveller, visitor and the needy irrespective of faith or ethnicity is entrenched. We are the centre that offer succour to the weak and wayfarer, we are the first place of call for fund raising for any development; towards the benefit of individuals, associations or community projects within the U.K and abroad.

As an evolving organisation, we pray to Almighty Allah to make our tasks easier. We welcome constructive advice and contributions from fellow Muslims and fellow country folks, probably joining our great Association could offer ample opportunities for us and the community at large

Things We Are Doing 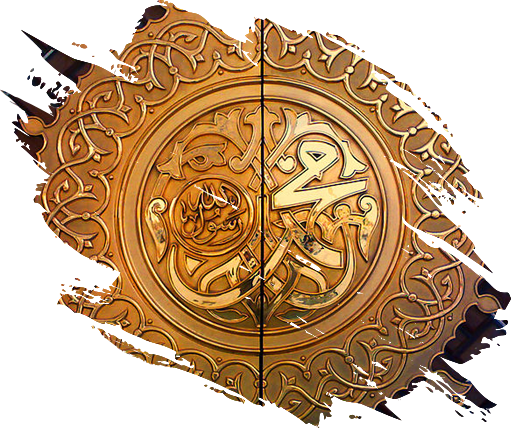 Our Aims and Achievements

Islam is monotheistic religion teaching that there is only one incomparable God – Allah and that Muhammad is the messenger of God. It is the world’s second-largest religion and the fastest-growing major religion in the world. Islam teaches that God is merciful, all-powerful and unique.